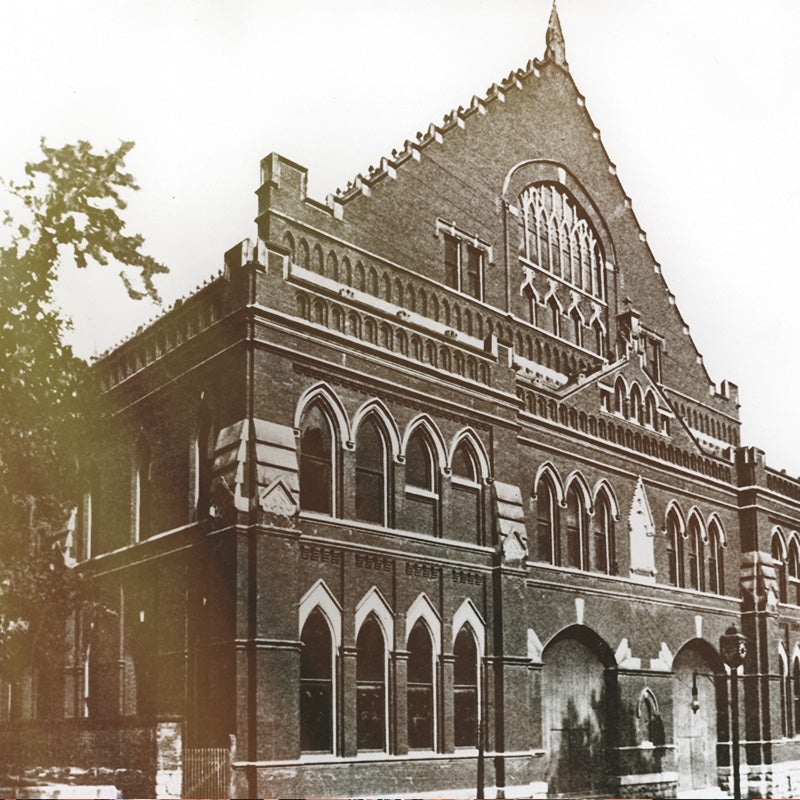 Over the course of more than 130 years, Ryman Auditorium has transformed from a religious entity to one of the most revered music venues in the world. This is where it all began. 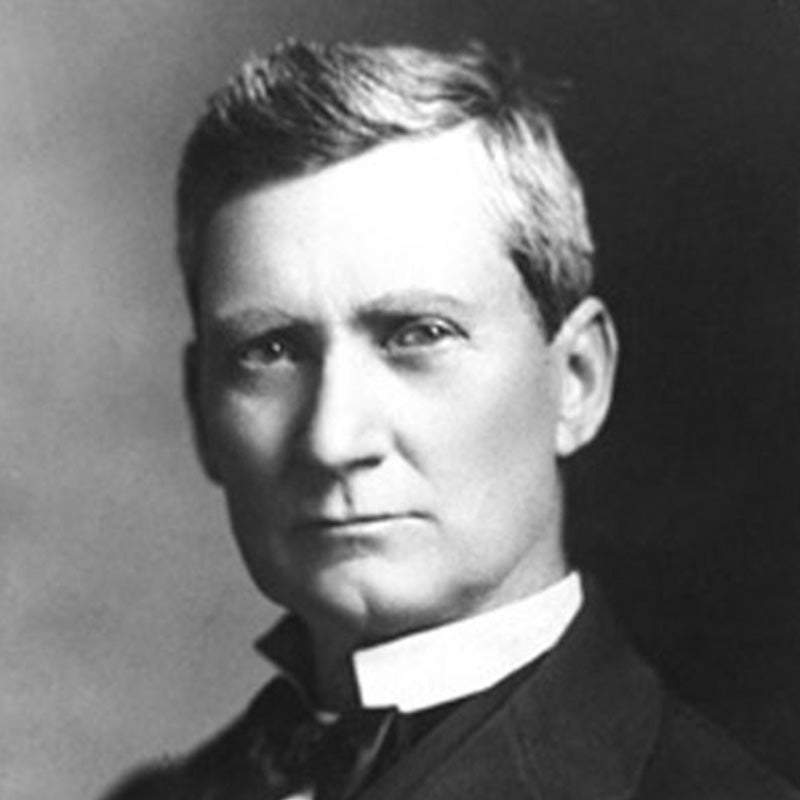 It started with Thomas Ryman, a wealthy and crude riverboat captain who spent his time partying in downtown Nashville. A revivalist from Georgia, Reverend Sam Jones, remarkably convinced Ryman to turn his life over to God in one spirited sermon at Eighth Ave. (Spruce Street at the time) and Broad Street. Ryman began dreaming of a grand tabernacle for religious gatherings in the city. Seven years later, with help and donations from the community, the Union Gospel Tabernacle opened, three blocks from where Ryman was converted. 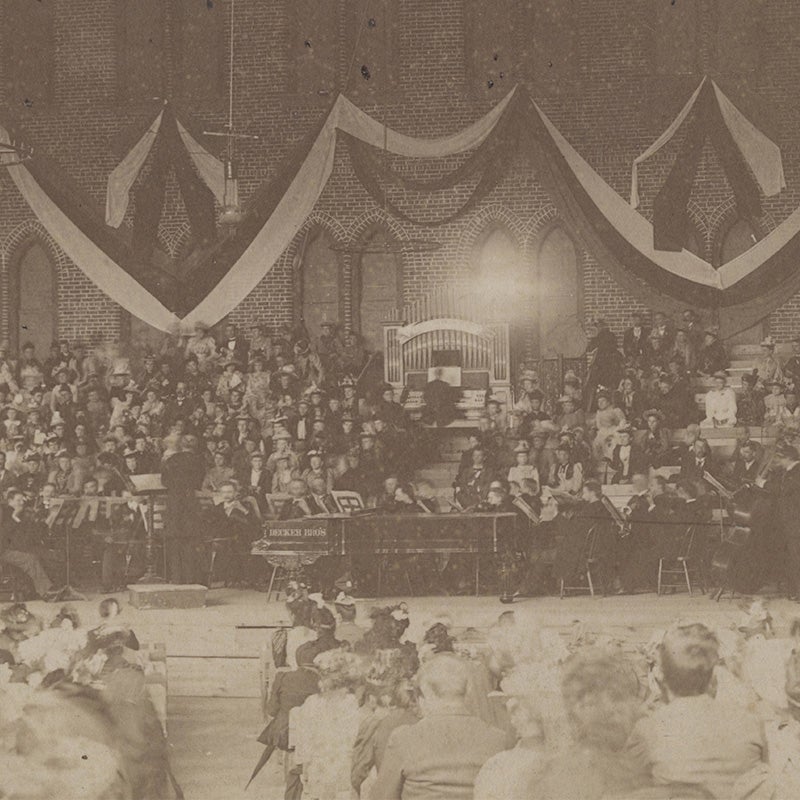 A Stage Open for All

The Tabernacle opened with its first concert, the May Music Festival with the Theodore Thomas Orchestra, which ran from May 4 to May 7, 1892. It became a hot spot for educational events, religious gatherings, and entertainment. The Southern Baptist Convention met there. Booker T. Washington gave a lecture from the stage. In 1892, the Fisk Jubilee Singers made their Ryman debut – and they continue to perform at the Ryman to this day. What was built as a religious meeting place for Nashvillians, became a different type of sanctuary that grew bigger than Ryman ever imagined. 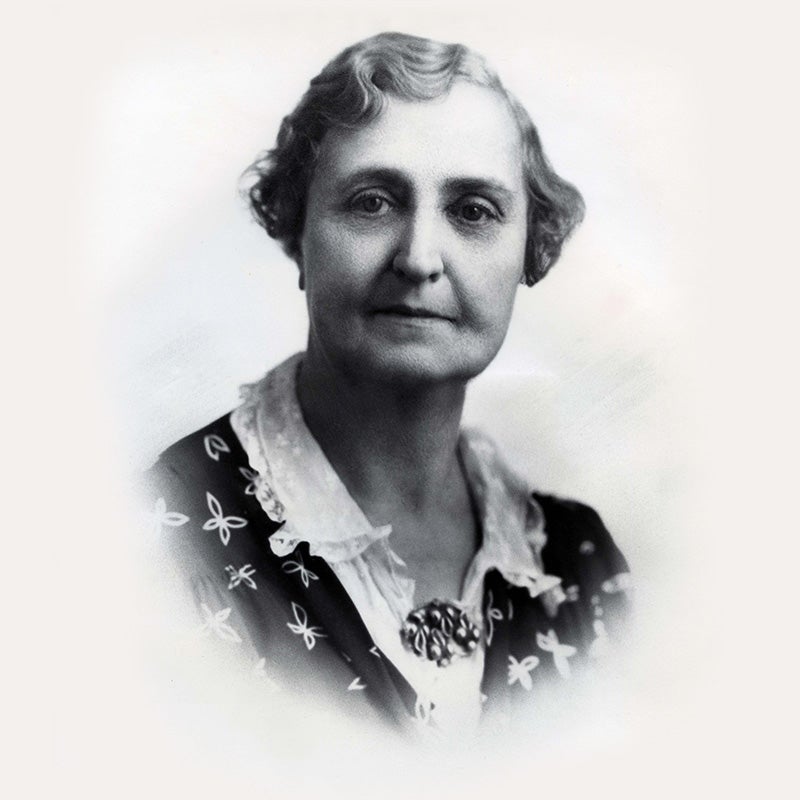 The Reign of Lula

The Ryman began to take shape as music’s most iconic stage under Manager Lula Naff’s reign.The pioneering young woman originally worked as a secretary before taking a bold risk and leasing the Ryman as an independent talent agent. After filling the pews with hungry audiences night after night for years, the venue’s board of directors recognized her as the Ryman’s manager in 1920. She was known to rub people the wrong way, but she booked dozens of soon-to-be historical (and sometimes controversial) figures like Katharine Hepburn, Charlie Chaplin, and Harry Houdini. And in 1943, she brought the Grand Ole Opry to the Ryman. 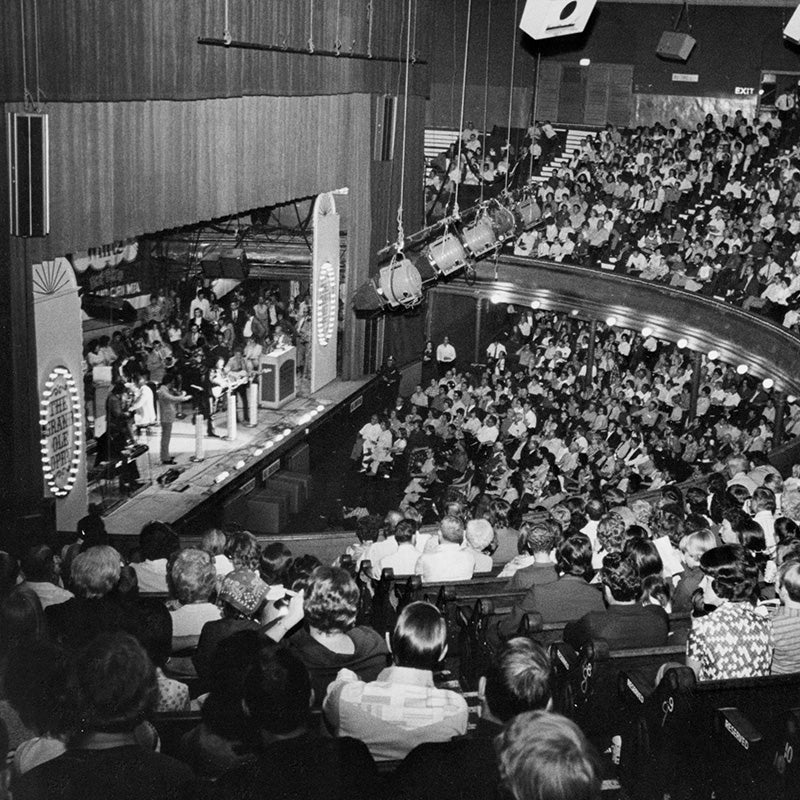 The Opry’s Most Famous Former Home

After the show that made country music famous outgrew its four previous venues, it settled into the Ryman for nearly 31 years, from 1943–1974. For 11 years, the Ryman’s name was even changed to the “Grand Ole Opry House.” In 1945, Earl Scruggs made his Opry debut with Bill Monroe’s Blue Grass Boys, building the prototype for the bluegrass sound and immortalizing the Ryman as the birthplace of bluegrass music.

In 1969, the Grand Ole Opry announced it would be moving to a new theater that could accommodate the show’s growing audience and was far from the debauchery of downtown Nashville at the time. The Grand Ole Opry had its final show at the Ryman on March 15, 1974. Afterward, several artists, including Johnny and June Carter Cash, appeared on the show Grand Ole Gospel Time and sang “Will The Circle Be Unbroken” to end the final broadcast from the Ryman. 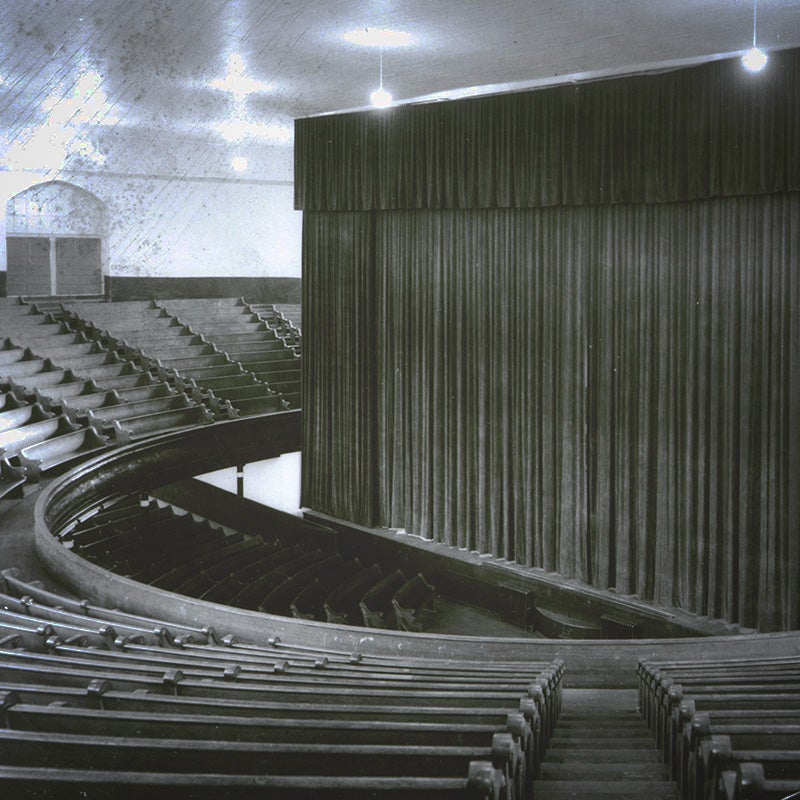 The Nashville landmark and cultural icon went on to sit largely empty for almost 20 years and rumors of demolition spread throughout the area. The owner of the Ryman, National Life Insurance, reconsidered its plans to demolish the building after community members and lawmakers worked to designate the Ryman as a National Historic Landmark. Local groups rallied to “save the Ryman” and a National Life Insurance chairman said they’d consider other options. 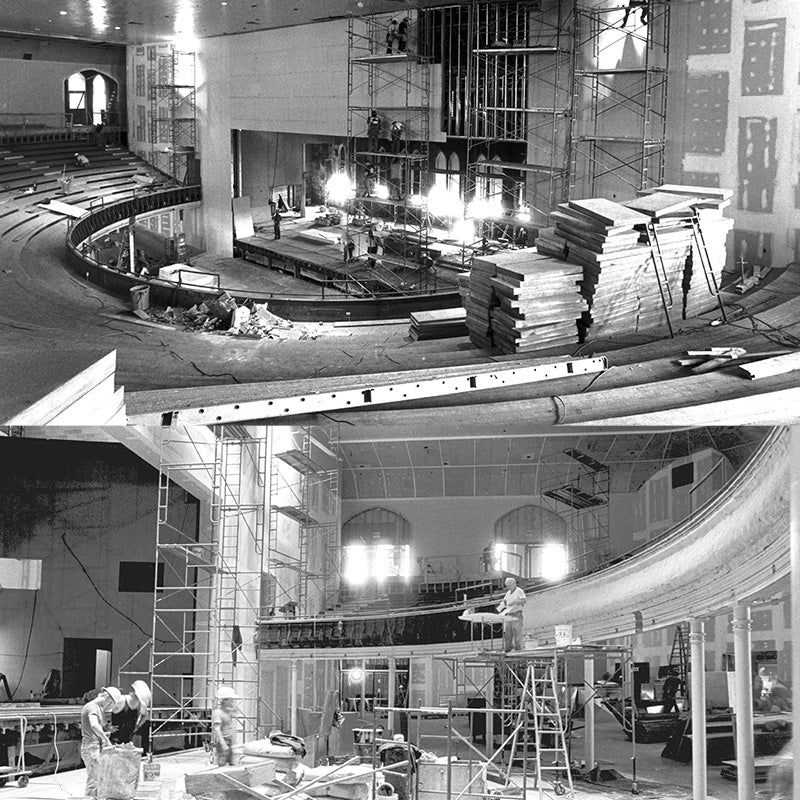 In 1989, the auditorium’s new owner, Gaylord Entertainment Company, began renovations. A new roof was installed, broken windows were replaced, the original woodwork was repaired, the brick chimneys were rebuilt, and a large arched pediment that had fallen into the attic was replicated and returned to the side of the building. Meanwhile, Emmylou Harris and The Nash Ramblers recorded a live album and accompanying documentary, Live at the Ryman, on its neglected stage in 1991. 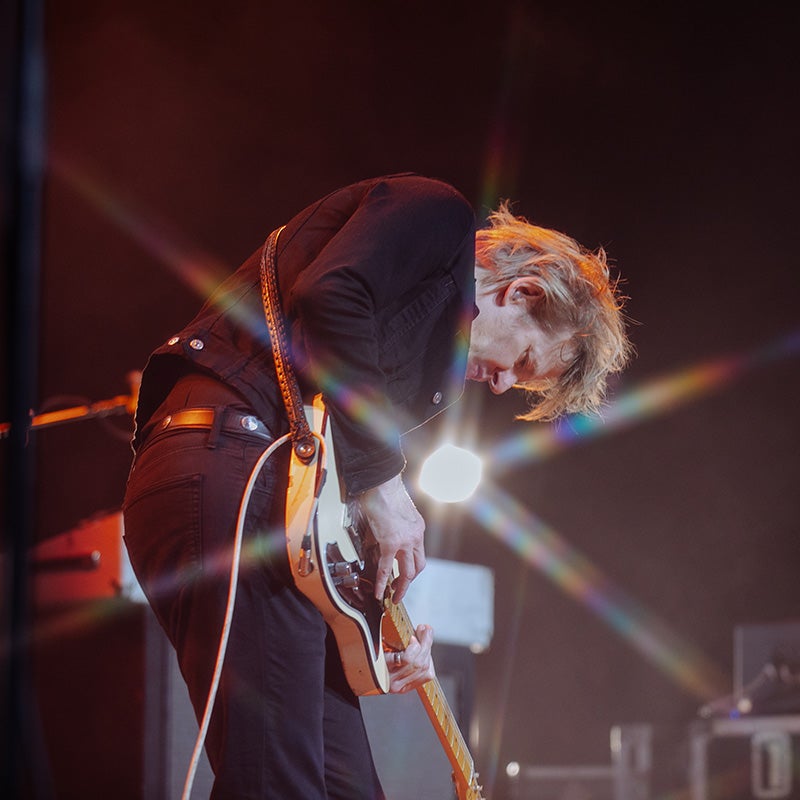 Ryman Auditorium celebrated its centennial in 1992 and reopened in June of 1994 as a premier performance hall and museum. Performers, again, began booking shows at the world-renowned Ryman Auditorium. And after decades of back-and-forth, the Ryman was declared a National Historic Landmark in 2001. While the Grand Ole Opry had put the Ryman on the map as the “Mother Church of Country Music,” devotion and reverence poured in from stars and fans of other genres as well. 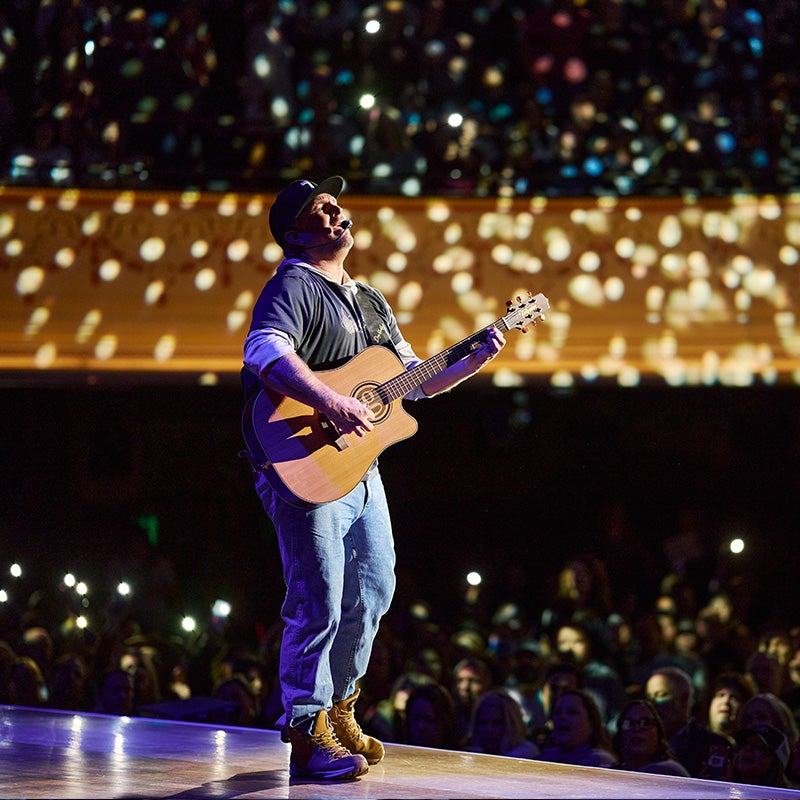 Rock legend Bob Dylan made a stop at the Ryman in 2007. Ringo Starr celebrated his 73rd birthday there in 2012. Pop sensation Harry Styles made his Ryman debut in 2017. The Wu-Tang Clan made history as the first hip-hop act to headline the venue in 2019. A few months later, R&B hitmaker Lizzo sold it out. In 2022, the Ryman hosted Trixie and Katya Live! – its first headlining drag show. It was named a Rock & Roll Landmark in May of 2022 and ‘Rock Hall at the Ryman’ – an immersive tour stop in collaboration with the Rock & Roll Hall of Fame – opened in November 2022. 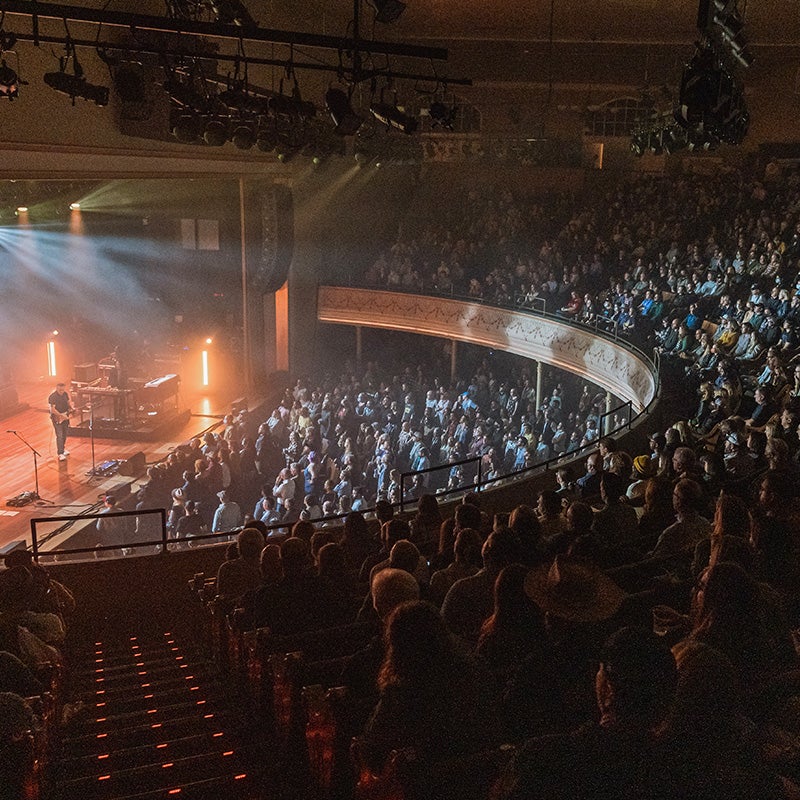 The Soul of Nashville

Whether serving as the Union Gospel Tabernacle, the home of the Grand Ole Opry, or the world-renowned concert hall it is today, the Ryman has always been a sacred space for those looking for revelation, inspiration, and entertainment. Over the course of 130 years, it remains a place to gather and a place to celebrate – just as Tom Ryman, Lula C. Naff, the Grand Ole Opry, Emmylou Harris, and so many more intended.

“If it could speak, it could be a textbook for American musical history.”