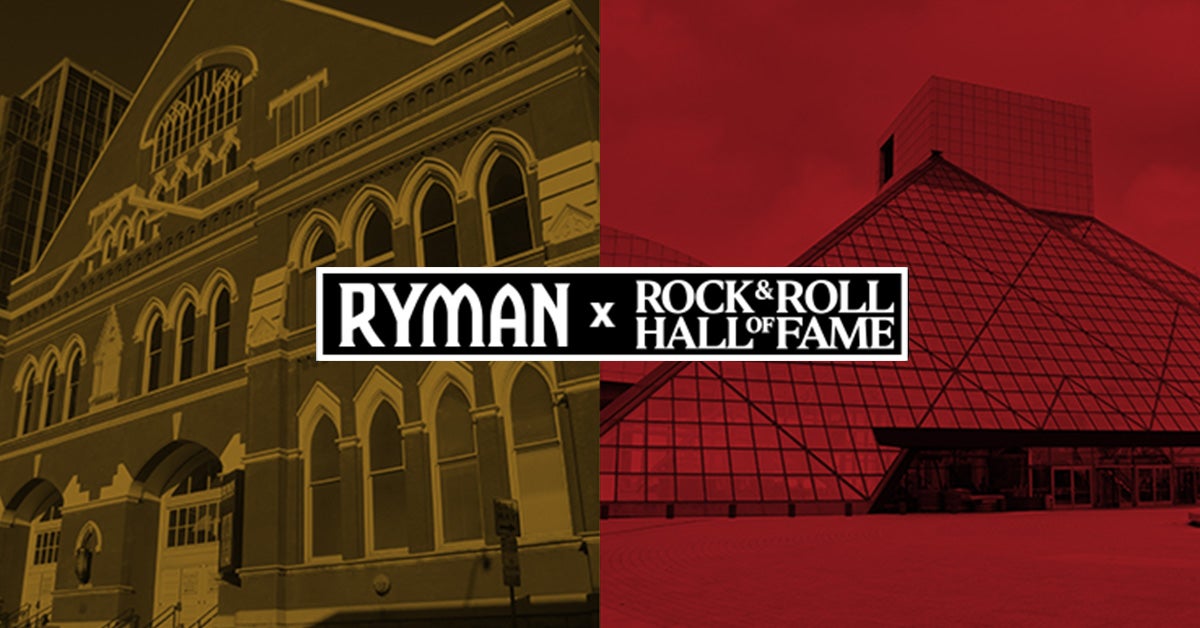 Home | Stories | The Ryman + The Rock & Roll Hall of Fame: One Powerful Duo

The Ryman + The Rock & Roll Hall of Fame: One Powerful Duo

From cowboys and comedians to rule breakers and headbangers, Ryman Auditorium has had some of music’s biggest names grace our stage. And in early 2022, the concert hall joined 11 other iconic musical institutions across the country in becoming a Rock & Roll Hall of Fame (RRHOF) Landmark.

With the RRHOF’s mission to “engage, teach and inspire through the power of rock & roll,” the stories of their artists and impactful rock moments easily weave into the overall story of Ryman Auditorium – leading to a powerful and evolving relationship between the brands.

“While the Ryman may be best known as the Mother Church of Country Music and the most famous former home of the Grand Ole Opry, the venue has always played host to a wide variety of performers, including many of the very first practitioners of what would become rock & roll music,” said Ryman Hospitality Properties President Mark Fioravanti.

With unmatched acoustics, over 130 years of music history, and a whole lot of soul, the Ryman has become a beloved stomping ground for the hall of famers who get to perform at Music City’s “Mother Church.” Which made the Ryman the perfect music entity to enter into a multi-year partnership with the RRHOF.

Of the 351 artists and individuals who have been inducted into the Rock & Roll Hall of Fame, more than 100 have also performed on the Ryman's legendary stage. The Ryman’s all-new tour feature – Rock Hall at The Ryman – celebrates and tells the story of those artists. Ten-time Grammy Award winner and Rock & Roll Hall of Famer, Bonnie Raitt, recently performed a sold-out show where she paid tribute to the Ryman’s mark on rock & roll history.

“The Ryman has played an important role not only in the history of Nashville, but in country music and rock & roll as well,” said Raitt, “This stage holds a special place in my heart as I'm able to perform live with many of the incredible Nashville songwriters in the audience whose work has enriched my life and music. I’m honored to help pay tribute to of one of America’s great rock & roll venues.”