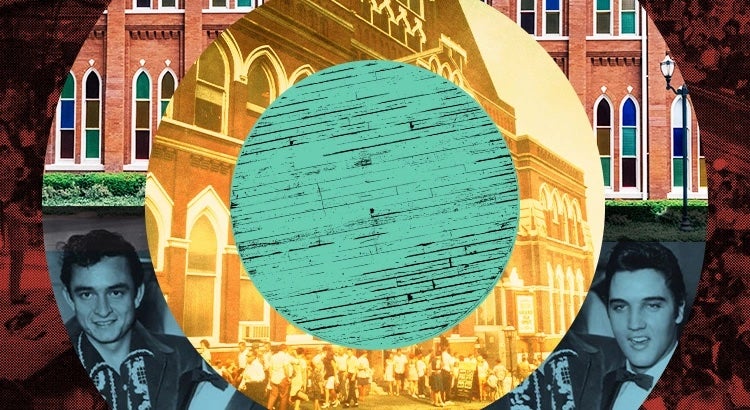 Home | Stories | 6 Myths and Misconceptions About the Ryman, Debunked

6 Myths and Misconceptions About the Ryman, Debunked

Ryman Auditorium is home to over 130 years of historical pop culture and music moments. With that comes over 130 years of myths and misconceptions about music’s most iconic stage. Here are six things about the Ryman that you may have heard, but aren’t true – you can trust us.

It is the original home of the Grand Ole Opry

While many think that the Grand Ole Opry started at Ryman Auditorium, or that the Ryman was the show’s original home, the former tabernacle was actually the Opry’s fifth home. The show moved there in 1943 and Ryman Auditorium brought in its biggest crowds yet.

Some of the Grand Ole Opry’s most historic moments happened inside Ryman Auditorium: Hank Williams made his debut. Patsy Cline, Loretta Lynn, Willie Nelson, Jeannie Seely, and Dolly Parton joined the Opry family. Elvis Presley made his only Opry appearance. Johnny Cash became a member, met his wife, and during one infamous show, broke all of the footlights at the front of the stage.

The Grand Ole Opry is still held there

The Grand Ole Opry is the live radio show that made country music famous. And while some of it’s most exciting moments took place on the Ryman stage, it outgrew the venue and moved into it’s current and permanent home at the Opry House in 1974.

The Opry broadcasted its last Friday show from the Ryman on March 15, 1974. The next night, Roy Acuff opened the first Saturday night show in the new 4,440-seat Opry House. The Grand Ole Opry returned to the Ryman for a residency in 1999 and still hosts special broadcasts at the “Mother Church” from time to time.

When the Ryman was home to the Grand Ole Opry, Elvis Presley had a rocky Opry debut. Before he took the stage, he told a bass player that the crowd was going to hate him. And while hate is a strong word, the crowd was not impressed by his performance of “Blue Moon of Kentucky.”

Presley has said that he was told by Opry Manager Jim Denny to “go back to Memphis and drive a truck.” But others who were there that night, including Denny himself, have refuted those claims. Instead, Denny reportedly told a record producer that “the boy’s good but is just not right for the Opry.” Presley never performed on the Opry stage again but continued to visit friends at the Ryman backstage.

Some have said that the Ryman’s famous stained-glass windows were a gift from country legend Johnny Cash to his wife and fellow-country artist June Carter. And while the pair met backstage at the Ryman while performing on the Grand Ole Opry, they have nothing to do with the Ryman’s windows.

The colorful window panes were added as a stylistic choice to the arches windows on the north side of the building in 1966.

The Ryman is a country music venue

While many know it as the “Mother Church of Country Music,” the Ryman is and has always been a stage that welcomes all. From Houdini to comedian Charlie Chaplin, Teddy Roosevelt to MLK, and from Dolly Parton to Lizzo, the Ryman has brought diverse acts and music of all genres to create the ‘Soul of Nashville.’

The Ryman has even been named a Rock & Roll landmark and has partnered with the Rock & Roll Hall of Fame to feature rock’s biggest artists in an all-new tour exhibit.

Experience the Nashville landmark and world-renowned music venue with a self-guided tour or tickets to a show. Learn more here.