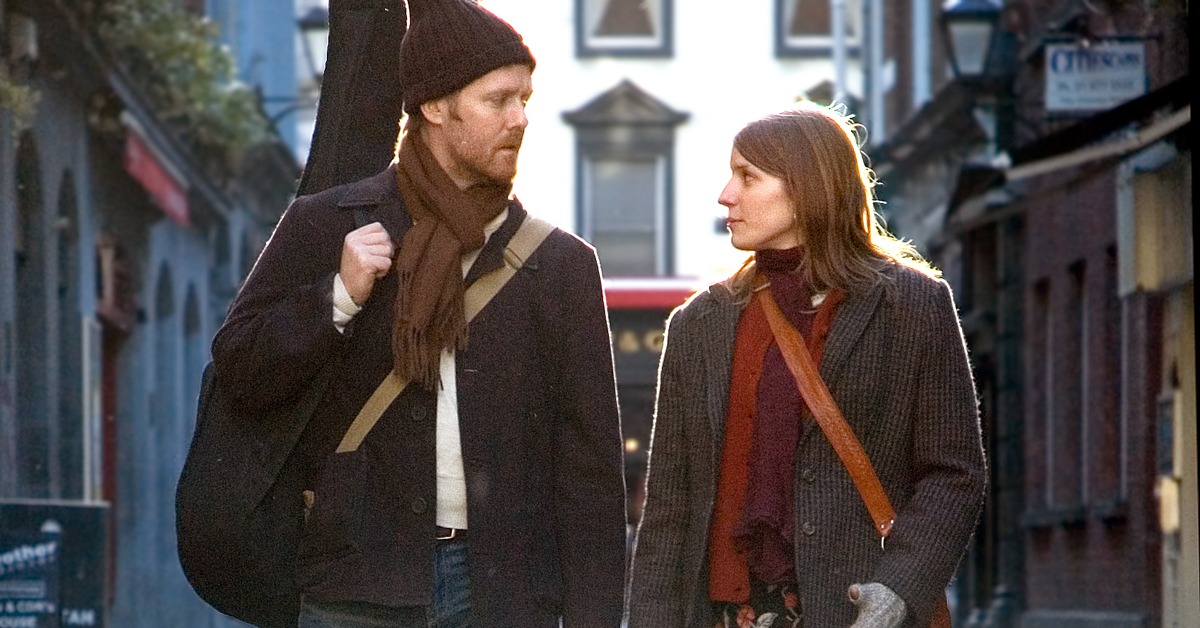 The Swell Season are Glen Hansard (from Irish band, The Frames) and Marketa Irglova (a classically trained Czech pianist and vocalist). They entered the spotlight last year with two Grammy nominations and an Oscar win for Best Original Song, "Falling Slowly." That win was for the indie film, "Once," for which Hansard and Irglova also composed the score along with the original soundtrack work. They played the film's two lead characters too!

If you missed their Oscar speech/debacle you missed the feel good moment of the season. Thanks to the Academy you can relive it and swoon over the wonderfully sincere and clearly deserving duo. They're kind of people I actually want to see speak at the Oscars outside of Jon Stewart (and Viggo Mortensen who's in the background, feeling it big time).

Their new album Strict Joy, takes its name from a poem by Irish writer James Stephens (1882-1950). It was co-produced by Hansard and Peter Katis (The National, Interpol). In addition to members of The Frames, the album features guitarist Javier Mas (Leonard Cohen).
Tuesday, August 8 7:30PM 7:30 PM Buy Tickets